Summer is here! It’s just March, but the daytimes are already dreadful with a scorching sun beating down on your head. Wife and I were in Bellandur last Saturday on some official work in the morning which got delayed till almost one thirty in the afternoon. We were hungry enough to eat a boar (wife is vegetarian though), but didn’t want to eat in Sarjapur. I quickly remembered that there was a slew of restaurants in and around the McDonald’s at HSR and decided to go there. 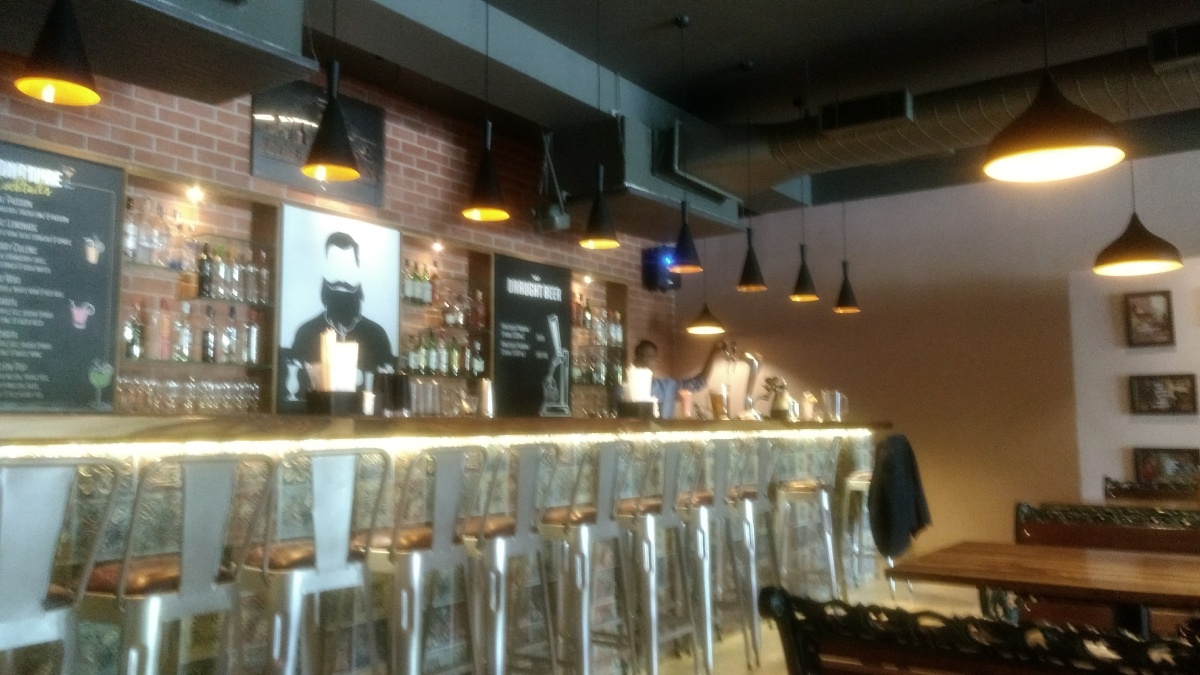 House of Commons is situated to the left of the McDonald’s signal, when you drive in from the ORR. There’s parking in front for a couple of cars, otherwise you have to park a little ahead on the long road. In the noon this is not so much of a problem, but in the nights with the typical lack of streetlights in HSR, this can be a bit of an annoyance (which I discovered the next day, but that is a different story altogether). I’d seen the House of Commons in Koramangala on a Saturday night once – from the outside, it looked rather small and jam-packed. The HSR branch is very different – quite spacious, with neatly arranged tables and definitely not jam packed, guess it is relatively new. As we walked in from the sweltering heat into the restaurant, the ambience was certainly refreshing. We took a seat in the corner near the TV. 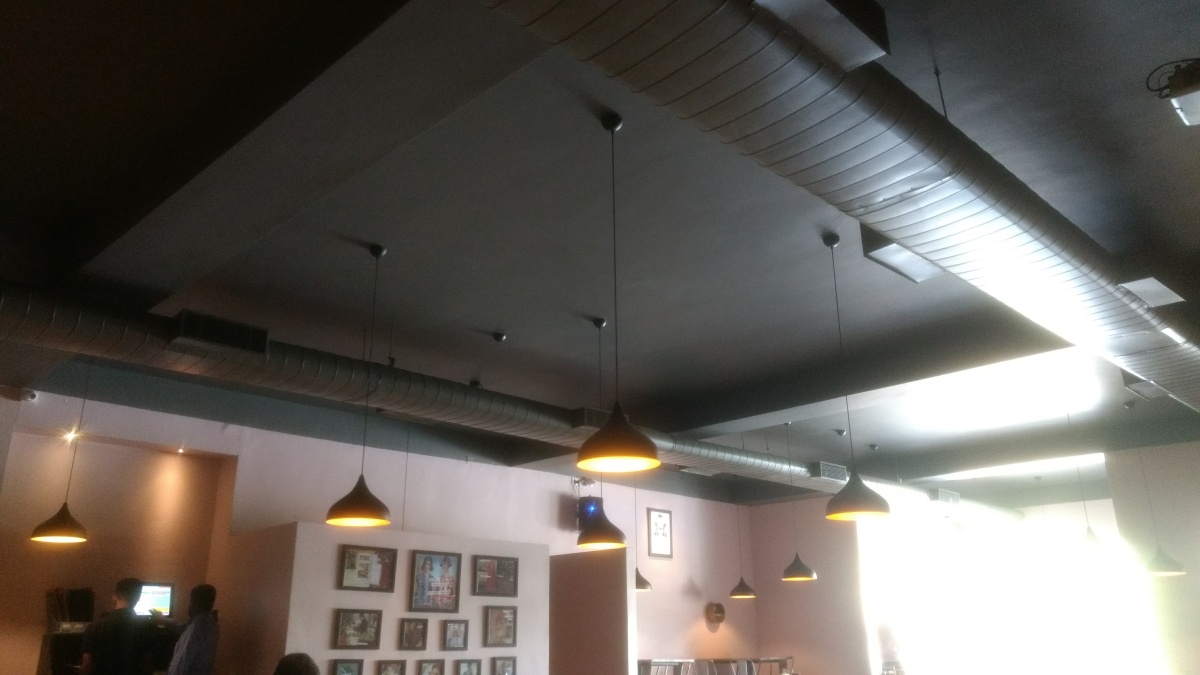 HOC has some sort of an American theme running through with its pictures and colours, but the furniture had a European touch – the six seaters remind you of the tables on the pavement in a bistro. The colours were pleasant – I felt relaxed and the lighting was not too dull either.

I’d had beer earlier in the week @ Biergarten, so I went with just water. Wife also decided to abstain and went with the Fantasy 150 –  a fusion of mango, strawberry, peach juice, strawberry crush and fresh cream. When the drink did arrive, and I tasted it I could find only the strawberry flavour dominant. However, wife with much finer tastes and senses could clearly sense the peach and mango. The chilled drink, however was a welcome relief and greatly calmed the both of us.

Peri peri seems the be the in thing everywhere, so instead of bucking the trend we ordered for ourselves a Peri Peri paneer starter and a cheese masala papad. Now, for me, a cheese masala papad would have been a regular masala papad with some cheese gratings added on top – however HOC thinks differently. They give you 12 pieces of individual sev like papad, with cheese, onions, tomatoes and masala in a Monaco style topping. Both the presentation and the taste were excellent. The peri peri paneer, tastefully shallow fried was a good pick too – though very very slightly on the oily side, it was cooked perfectly. The onions had a rather sweet aftertaste, along with the bell peppers, which I wouldn’t mind experiencing again.

Now, I assumed we’d go for the main course – but wife said she wouldn’t mind going for another appetizer. Crispy Chilly Mushroom it was and by now I felt it was criminal not to have some beer sitting right there in front of the bar. I ordered for a Budweiser Strong, but did not enjoy the taste. The mushroom was a little disappointing too – the coating of gram flour, kinda spoiled the good mushrooms. As we munched through, we ordered the mixed vegetable sizzler for the main course.

The sizzler was rather similar to the one I had @ Biergarten, except that this did not have a tasteless spaghetti, but some crispy french fries (yay!) and salad. There is not much to enunciate on the cottage cheese and the sauce other than with positive adjectives, so I shall leave it at that.

The rounded off bill was INR 1338 – I was delighted! This was an excellent meal with reasonable or rather deserving prices, and I was more than happy to pay and leave a tip. Check out House of Commons in HSR for a meal as a couple or with friends – you can definitely make merry!

My review for House of Commons, HSR can be found on Zomato using the below link.